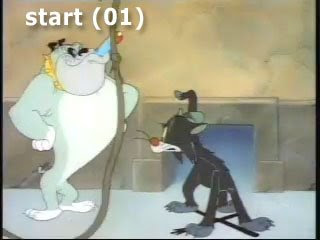 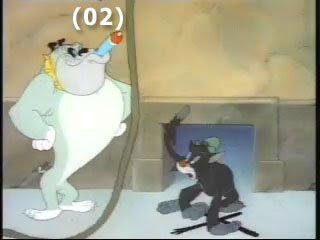 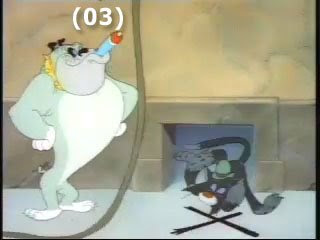 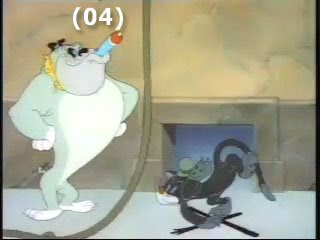 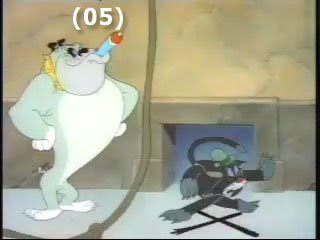 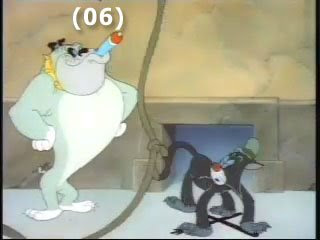 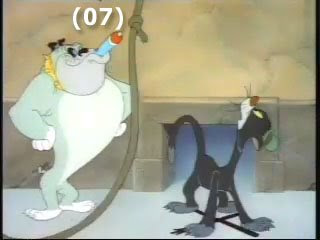 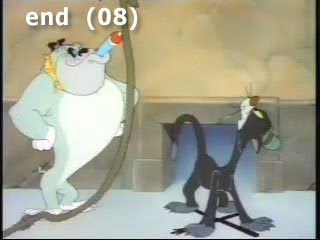 Sadly most of the old experienced practitioners of this animation style have passed on. How many animators today have a firm grasp on these techniques and can pass them along? For many of us this kind of analysis is the only way we can learn it.
Posted by Keith Lango at 3:16 PM

Thank you very mucho for this type of analysis. Is really cool hear this things of people like you, who knows much about the world of animation.

Anyway, sorry for my poor English, but I want to thank you :)

Yup! Tex's animators were top notch at this kind of magic.
I used to frame through old 16mm prints of Droopy cartoons to study Tex's sense of timing. Very eye opening indeed. And a much truer sense of timing that we can get from framing through a video frame rate conversion. (I love quicktime, but I miss film.)

I looked like he turned into a twerling wheel, genius.. The shapes was all cohesive and a good flow that it appeared seamless.

Brilliant! I'm to going to try that out in CG. I'm pretty sure it will work. The gig I'm on right now just so happens to be a perfect fit for this sort of take.

And after reading Animator's Survival Kit I still have this mantra from Richard Williams in my mind: "break the joints"

Great analysis on a great shot. Thanks for sharing.

I always thought that Tex Avery's work showed how much an animator can have fun at work... personally i think that his crazyness made me and makes millions of people say "i want to be an animator" at early ages.. cuz of those "non-sense" motions and shapes thrown on screen making sense to our eyes and comedy...but not to any nowadays animation master class..

thanx for sharing this analysis! :)