Pesky gimbal spinning problems got you down?

I've been meaning to make a short video tutorial about how to solve gimbal spinning for a while now. Today I figured was a good time to do that. 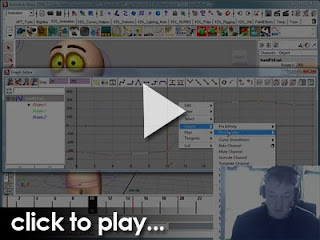 It's about 7 minutes in length.
Note- this is NOT a solution for gimbal lock, which is a different kind of gimbal problem. (one not quite so easily solved, unfortunately)
Caveats aside, I hope this helps some folks.
Posted by Keith Lango at 2:22 PM 22 comments:

Some folks in the comments in my previous post about Planet 51 have wondered why I was less than thrilled about the production design that I noted in the trailer. And they are right to ask me- after all, it does look like it might be a fun film to watch. Indeed the Spanish made Planet 51 has strong American animated CG film influences to its production design (they do a good job of using the 'Pixar-look'). But I do have a reason for my grievance. So rather than stick my reply down in the comments I figured I'd make another post about it and see what kind of conversation can arise from it.


I haven't seen a movie from a big american studio in the last couple of years that has had the kind of freaky style you want. If they had taken it that far, no one would go see the movie. Dont't you think so?

That's certainly a valid point. Big American animation studios tend to stick with the blue sky, green grass, sunshine world of utopian southern California suburb (before the smog). And a lot of those films have been a success commercially. The easy thing is to equate the two as causation. Causation being: American big studio animated films are successful, they also use traditional approaches to design and color scheming. Thus use traditional design and color scheming and your film will be successful. People fall for that confusion all the time (especially executives). We must understand that correlation is not the same as causation.


I personally think the whole point of it was to keep it "down to earth" and close to what an audience can instantly recognize.

Again, a very solid point. I can see the rationale behind that approach. But then- do audiences really need to be addressed as pre-schoolers? It's too bad that filmmakers believe that things must be so easily digested, lest somebody get a tummy-ache in their eyes. The Nightmare Before Christmas looks nothing like 'real life'. Yet it was a big hit during its time and has gone on to become a classic- an evergreen property that still makes Disney money. I contend that the production design did not hinder the film's commercial & creative success- it defined it. Nightmare's design did not shackle it to failure- it freed it to become more than another come-and-go run of the mill offering.

Laika's Coraline has a similar vibe to it- it's not all green grass and blue skies. 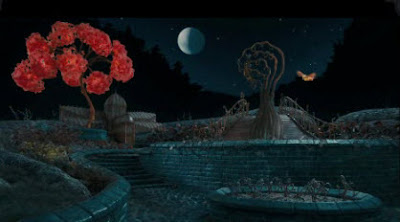 We've yet to see how Coraline will do in the theaters, but I applaud Laika's risk taking spirit here. If you're gonna make a film, make a memorable one- make a striking one. Yes, there will be commercial risk- but following the 'normal' path of animated production design is no guarantee of mitigation of those risks. Everyone's Hero is a good example of that (and visually that's an example of the 'Pixar-style' that was pretty well executed, too). But where exists greater risk, greater reward is possible. Since the statement that "in Hollywood no one knows anything" really is true, why not embrace that uncertainty and use it to give license to a whole realm of possibilities- and even impossibilities?

Reality has no power of constraint in animation. Of all the forms of cinema only animation is free to explore every crevice of our imagination. Why be so timid about that exploration? Step out a little, stretch those imagination wings. Why play it so safe? Audiences don't want safe- they want something bigger than that. I truly believe it.
Posted by Keith Lango at 12:02 PM 17 comments:

I'm willing to see where this one goes. It looks like it might be a fun little film. I like what the Europeans are trying to do these days.

But blue skies, green grass, red brick buildings and white puffy clouds? On an alien planet? What an opportunity to use animation's greatest strength: bringing to the screen what can only be seen in the imagination. Is it Planet 51 or Pasadena?

Of course if the film is entertaining then it really won't matter- I'm aware of this. So here's hoping it's entertaining. Still, an animator can dream, right?


Last week I was invited to come and give a seminar/workshop at Brown Bag Films animation studio in Dublin, Ireland. Back in 2002 Brown Bag's very funny short film "Give Up Yer Auld Sins" (linked above) was nominated for an Oscar. They're doing some neat stuff-- TV shows, commercials, music videos. Feature film projects are developing, too. I really enjoyed their energy and over the course of two days we covered a ton of topics related to animated film making, studio growth, performance animation- all kinds of cool stuff. I do a lot of teaching online and I spend most of my time talking to a web-cam, so it's always a treat to teach and present to real live people. I love to engage in the give and take of questions and answers. It's fun and I'm always thrilled to do it when I get the chance. I'd love to do more workshops/seminars. Especially when I can hang with people like the folks at Brown Bag.

Anyhow, this was my first trip to Europe, so I decided to bring my lovely bride along with me. We had a blast as we walked and bussed and railed our way around historic Dublin. It was cold (what do you expect? It was January in the North Atlantic region), but the city of Dublin was a treat to visit. Malahide Castle, Trinity College Library, the Book of Kells exhibit, the Bank of Ireland building, General Post Office, Cleary's department store, The Brazen Head pub, Temple Bar, The Liffey- we got to see lots of neat iconic places. (the bangers & mash at the Brazen Head were very tasty!) What really struck me was that Dublin is a city of over 1 million people and there's not a single skyscraper to be found. In Brazil we lived in a town of roughly the same size and there were easily more than a hundred buildings over 20 stories tall. So this lack of tall buildings really added to the overall sense of history in the place. I can't wait to go back.

Oh, and what about the Guinness? Uh.. yeah. Those who know me know that I'm not a drinker, but I'm not a tee-totaler either. And so I say with no apologies that you haven't had beer until you've had a Guinness brewed right there in Dublin. (although Murphy's was pretty good stuff, too even if not as popular).
Posted by Keith Lango at 1:48 AM 5 comments: 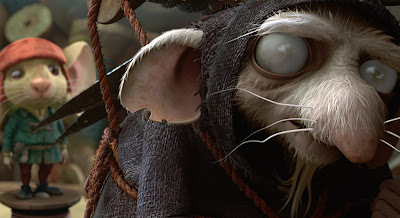 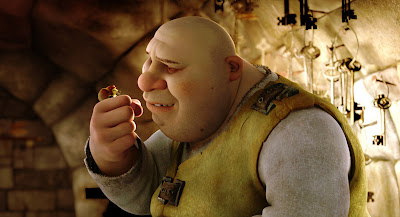 The voices, while celebrity, weren't over the top like Jim Carrey, nor were they flat and bland like Brad Pitt. Each had a subtle texture and were very well acted- they fit their characters. This voice casting was really very good. Like Craig T. Nelson as Mr. Incredible or Jack Black as Po the Panda or Jeff Bridges as The Big Z good. The story was simple, but charming. There were characters that would have been written out of a US film during development, but that were left in this one. A few characters in particular had no significant narrative purpose, but that didn't matter. These "loose ends" just added to the tapestry of the story. The film is better for it. Mystery was embraced as a positive, not seen as a negative that needed to be explained away. Many things were left to the mists of imagination, or dismissed as irrelevant. US animated films tend to be a bit too... "on the nose". Everything needs a reason, everything needs to be filled in, everything needs to be explained. TTOD doesn't concern itself with such requirements nearly as much. That's a great part of its charm. Gags? There really weren't any gags. But there didn't need to be. Even Wall-E, at times a serious little film, had a lot of gags. TTOD, they let the charm and the characters bring the smiles. The motivations seemed sincere. I found myself smiling not because I was amused by a joke, but because I was enjoying what was going on. That's the difference between fun and delightful. Don't get me wrong. I like me some fun animation- lots of it, actually. But when something like The Tale of Despereaux comes along, well.. I'm just that much happier with life.
Go see it.
Posted by Keith Lango at 2:44 PM 16 comments: