Some pics from nearby....

A few weeks ago I took a back road not far from home to grab some HD video to use as song backgrounds for our church. I got some nice stuff, so I figured I'd share. Here's Mount Pilchuk. I was probably 2 miles from the summit as a crow flies. 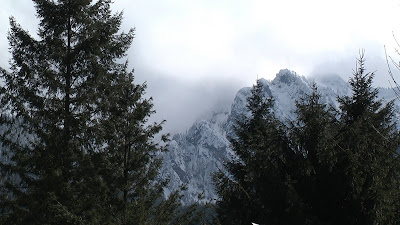 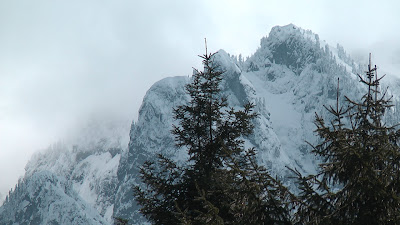 A view looking down the center stripe of the road. Not a lot of traffic that day. 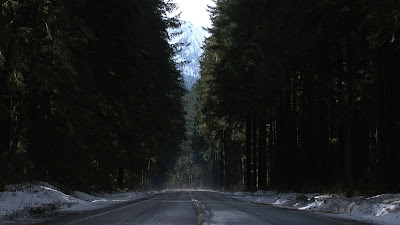 Here's a closer look at the snow melting up into vapor from the sunshine. 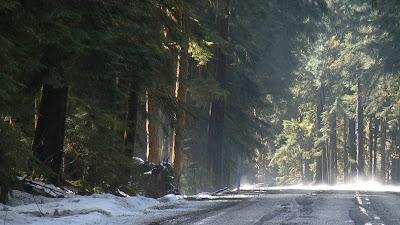 A quiet little spot in the woods. 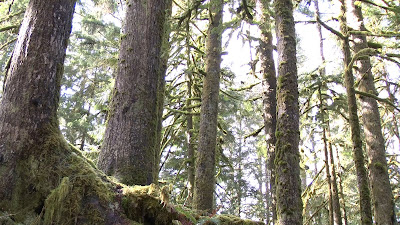 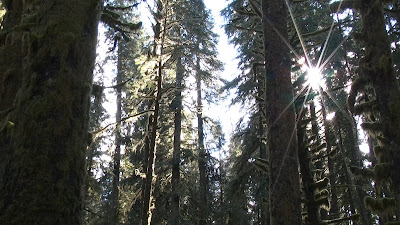 And lastly a short HD video clip of snow turning into steam vapor. It was mesmerizing to watch.
Snow Vapor from Keith Lango on Vimeo.

Giant Incandescent Resonating Animation Festival (GIRAF)
Nov 2-6, 2011
at Plaza Theatre, Calgary, AB
Nov 2-6, 2011at Plaza Theatre, Calgary, AB CALL FOR SUBMISSIONS GIRAF is an annual animation festival that celebrates the spirit of independent, underground, and experimental animation.  Our programs are a strong eclectic mix of animation, representing the best of the medium from Claymation to CG. We focus on presenting independent animations that push boundaries through new techniques, unique visions, and stimulating subject matter.

We DO NOT CHARGE A SUBMISSION FEE, and encourage short and feature length local, national, and international submissions.

Email ThisBlogThis!Share to TwitterShare to FacebookShare to Pinterest
Labels: GIRAF

Email ThisBlogThis!Share to TwitterShare to FacebookShare to Pinterest
Labels: Portal 2

More fun from work. I may be biased (OK, I am), but I think this game flippin' rocks. You folks are gonna dig it.
Posted by Keith Lango at 10:52 PM 3 comments:

Email ThisBlogThis!Share to TwitterShare to FacebookShare to Pinterest
Labels: Portal 2

I don't have an iPhone or iPad, but if you have one and you have little kids who are learning to read then you might want to take a look at an app called Goosed Up Rhymes. It's made by a a couple of former colleagues of mine from days of yore, Joe Spadaford and Tod Carter. I had a chance to mess with it a little on a friend's borrowed iPad and it was fun. I can see where kids would dig it. Fun animation, clever writing, whimsical little interstitials, nice art, neat little mini-games for the kiddos and all that.

The old site design was starting to feel creaky. HD video is becoming more common online and I wanted a new template that allowed me to post HD from YouTube and Vimeo without needing to sample them down to fit the column width. So thus the new look. I tinkered with the design some, but I'm still not 100% settled. Heck, I'm not even 80% settled. Still I probably won't spend a ton of time customizing it. I figure at this point the blog is what it is and most folks probably come to the blog via a feeder of some sort, so the layout and graphics are not as big an issue as they once were.
In other house cleaning news, I've taken down some of my older obsolete links. The link to my animation examples has been removed since every bit of animation in that gallery was at least 5 years old, most of it much older. I will probably utilize YouTube or Vimeo more for stuff like that. We'll see. Short film links are removed as well because not a one of those is less than 10 years old and it's kinda pathetic to keep the links up I think. I seriously need to actually finish one of these 4 or 5 shorts I have in various stages of development. Maybe this year? Again, we'll see. Also I took down the FAQ's regarding my VTS subscription and APT training programs since those are pretty much in retirement now. Folks can still get older VTS videos from my AnimationClinic.com store (at a pretty good price, too), but I stopped making new VTS videos in summer of 2009. As for the APT, I have put that into retirement as well. With work and family it was just too hard to put in the proper time to teach the students the way they deserved to be taught. Another factor is that online animation schools have launched and it feels like that market is getting a bit saturated. Rather than expand the APT to remain relevant in the space I decided that it was time to move on. So with those facts in mind I figured I ought to take down the FAQ pages related to them. I may start up training efforts again in the future, but if I do I'd like it to be done differently than what's been done the last 6 years or so online. No idea what that would be, though. Not really worried about it, either.
OK, enough useless rambling.
Posted by Keith Lango at 2:06 AM 7 comments: