I've had a number of folks email me about when the next Animation Personal Trainer session will be. At this moment I don't have a firm schedule, but I am expecting to have another APT class this fall. However because of my full-time job at Valve I won't be able to take on as many students as before, so space will be even more limited than usual (right now I'm thinking of limiting the class to just 5 students). So if you want to get in on the next session the best thing you can do is keep your eyes on my blog here, since this is where I will announce the class dates and when sign up will be available. I am also debating on having a portfolio review for the students I do take on. This would be a first for me. I haven't decided if that is what I will do, but I figure I should let folks know that it is a possibility. We'll see. Whatever I decide I'll be sure to make that clear when I announce firm dates for the next class.
You don't need to do anything yet, just keep watching this space for more info.
Posted by Keith Lango at 11:47 PM 7 comments:

Email ThisBlogThis!Share to TwitterShare to FacebookShare to Pinterest
Labels: APT 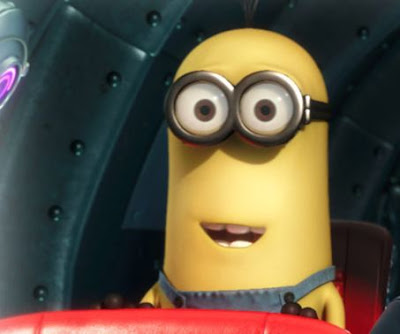 My 8 year old son has been excitedly awaiting the opening of only one animated film this year. Not Shrek 4. Not How to Train Your Dragon. Not Toy Story 3. No, my boy has been anxiously awaiting to set eyes on the irresistible yellow minions of Despicable Me. So today we headed over to the local movie house for a matinee showing and we were not disappointed. The thing I liked is that DM is not trying to be a serious film. They knew their bread would be buttered with appeal, humor, some action and just the right amount of heart. It doesn't burden itself with ambitions of 'weightier' themes like Pixar seems to be trying to do more of late. DM started off pretty silly and it embraced the fact that it's a cartoon pretty much the whole way. The filmmakers did try to add heart with the relationship with the kids, but by and large it felt like the relationships grew organically and it wasn't just tacked on. One or two sequences relating to those relationships felt out of place and really forced, but for the most part I liked how they handled things. And while there were a few modern animated film cliche's, they weren't insufferable and they didn't drag down the more clever bits. The minions are pure animated gold in every way. The world will want more of those. I could definitely pick up on co-director Pierre Coffin's influence on the film. I've long been a fan of Coffin's style and sensibility and it's great to see him getting the chance to shine on DM. The French animation crew did a fine job overall. There were a lot of very nice performances in the film, a nice mix of life inspired movements and pure cartoon inspired ones. The look and feel of the film was solid, even if not exactly groundbreaking. And that's fine. It's a sign that the medium is starting to settle in a bit. The film certainly never felt cheap. The designs for the most part were fun, especially some of the gadgets and the whole style guide for Gru's stuff. The Bill Gates inspired antagonist was a stroke of genius. A few of the third level character designs didn't translate into CG so well, though, but by and large the cast was appealing and well done. Some of the decorations on the rollercoaster in the themepark looked like doodle straight out of Bryan Ballinger's sketchbook. Overall it was a solid, well done film. It didn't stray too far from established formula in look or plot, but it handled most everything quite well, proving once again that ideas aren't all that special- execution is where things fail or succeed. And again, it never took itself too seriously, a wise choice that bought the filmmakers plenty of leeway in execution. I can't speak on the 3d screening quality since both my son and I get headaches seeing films in 3d, so we stuck with the old school 2d screening. Universal should be really happy with how this film will perform for them. My son's already asking to see it again. 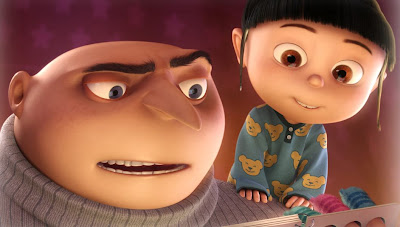 I was asked to pass this along, and I thought "Hey, that sounds interesting..." So here you go. You independent animation filmmaker types, send something in! 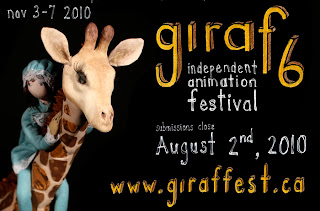 The Giant Incandescent Resonating Animation Festival is the only exclusively independent animation festival in Canada, with a focus on experimental and self-produced animated film. GIRAF plays an essential role in the promotion, education and appreciation of independent animation from around the world, exposing hungry local audiences to the best animated content from at home and abroad.

This little gem is absurd, but charming and graphically appealing. I like it!